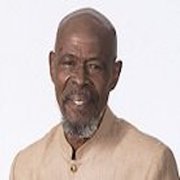 Oliver Elcock is a retired telecommunications worker. Starting as a Trainee Technician in 1968 at what was then the Telephone Company (Telco), Oliver participated in many professional development programmes and when he retired in 2008 he was an Assistant Engineer. Oliver’s early work experience coincided with the important period of our country’s history when young people took on “the power structure” and brought about significant change through the “Black Power Revolution” of 1970. His constant challenge to the status quo and his dislike for injustice led him to be one of Lyle Townsend’s closest comrades in the struggle to transform the Communications Workers’ Union from a union seen as a “PNM party group” to a democratic, progressive trade union. Oliver played an important role in the coming into office of Townsend and the Progressives in 1976 and the Union adopting a democratic constitution including “one member one vote” elections for its leadership. He served as an Executive Officer of the CWU for 23 years from 1985 to 2008, 17 of which were as the Education Officer.

Oliver has always been involved in progressive politics in the country and naturally was a founding member of the MSJ. He served as the Education Officer of the MSJ and continues on the Executive in a non-portfolio capacity. He has for many years been an Executive Officer of the Trinidad and Tobago Friends of Cuba.