MSJ Issues Letter of Solidarity with PSUV of Venezuela, Condemns the Assassination Attempt on President Maduro 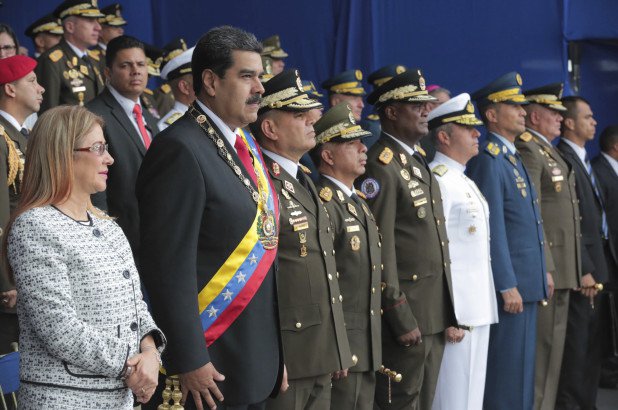 On behalf of my Party, the Movement for Social Justice (MSJ) of Trinidad and Tobago, I extend solidarity to your party, Partido Socialista Unido de Venezuela (PSUV) and condemn in the strongest possible terms the assassination attempt on the life of Nicolas Maduro, President of the PSUV and President of the Bolivarian Republic of Venezuela. This was an act of terrorism.

The extreme right wing forces inside Venezuela together with right wing forces outside of Venezuela, no doubt with the support of US imperialism, have been hell bent on the destruction of the Bolivarian Revolution. They have used many dastardly weapons and strategies to achieve this objective – military coup d’etat against the elected President Hugo Chavez; economic sabotage including capital flight, hoarding of goods and the creation of artificial shortages; violent protests in the streets to generate an environment of instability and attempting to foment a virtual civil war; armed helicopter attacks on State Buildings; the refusal to participate in the peaceful process of elections; the attempt to expel Venezuela from the Organisation of American States in order to lay the platform for a military invasion of Venezuela.

All these strategies by the extreme right wing – while causing considerable damage to the Bolivarian Revolution – have not succeeded in destroying it, and so they have now resorted to the cowardly and dastardly act of assassination of the civilian and military leadership of the Bolivarian Revolution who were present at the annual celebrations to commemorate the 81st Anniversary of the establishment of the Venezuelan National Guard. It is significant that this assassination attempt has come shortly after the very successful IV Congress of your Party, the PSUV and at the time when President Maduro and the entire Party and Government have done a frank assessment of the economic problems facing Venezuela and announced that many new policies were required to restore the country to economic stability and growth.

This assassination attempt demonstrates that the extreme right wing have lost the political struggle following the many democratic processes of elections that have taken place in the past twelve months: the Constituent National Assembly; the State Governors; and for the Presidency. The violent street protests could not be sustained since the majority of Venezuelans were opposed to the violence; they either lost or boycotted the various elections. The only internal strategy available to these extreme right wing forces to bring about regime change is assassination. When that too fails the only strategy left for these forces is foreign military intervention – invasion.

In condemning the assassination attempt, the MSJ therefore also warns of the increased danger of military intervention. We reiterate the position of Caricom and the Community of Latin American and Caribbean States (CELAC) that Latin America and the Caribbean must be a Zone of Peace and therefore calls on Caricom Member States to repudiate any attempt at military intervention. We further call on Caricom States and all others who claim to stand for democracy and who recognize the international principles of respect for the sovereignty of independent nation states and non- interference in the internal affairs of another nation state to respect Venezuela’s sovereignty and to condemn the attempt to assassinate the democratically elected President of Venezuela as an act of terrorism and an attack on democracy.