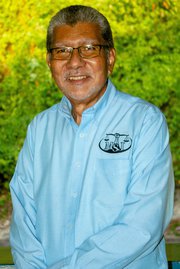 David Abdulah is an economist who has walked the talk as a political activist committed to social justice and the transformation of Trinidad and Tobago. Starting from his days as a leader of the Students’ Guild at the University of the West Indies St. Augustine; and throughout his almost four decades as a leading member of the Oilfields Workers’ Trade Union and the labour movement, David has never wavered in his commitment to improving the lives of the ordinary working men and women of our nation.

David has consistently been recognized for his leadership qualities. At 16 he was President of the Students’ Council and Head Prefect at his secondary school in Jamaica; at 18 he was the Treasurer of the UWI St. Augustine Students’ Guild and at 19 its President. At 22 he contested the parliamentary elections for the Tunapuna seat for the United Labour Front; and at 24 became the OWTU’s Chief Education and Research Officer. He became that Union’s Executive Treasurer at 28. He was the Co-ordinator of the Committee for Labour Solidarity from its inception in 1981 and was elected the Interim Political Leader of its successor - the Movement for Social Transformation (MOTION) at 35. He has initiated, co-founded or been centrally involved in very many civil society organizations and movements including: the Constitution Reform Forum and the Assembly of Caribbean People, both of which are still active many years after their formation. David has always sought to bring diverse groups together in joint activity as evidenced by his leadership of the Federation of Independent Trade Unions and NGO’s; and such ad hoc bodies as The People’s Democracy, the Committee for Media Democracy and more recently Citizens’ Intervention.

David has given of his time and energy to public service ranging from delivering lectures and speaking at schools, universities, seminars and community meetings throughout Trinidad and Tobago and internationally; to Chairing the Board of the Cipriani College of Labour and Co-operative Studies; and being on many Cabinet appointed Committees under different administrations; and his contribution as the Industrial Relations Advisor of the West Indies Players’ Association. He is well known for the weekly newspaper columns that appeared fro more than 10 years and as a popular radio talk show host.

David Abdulah’s contribution to social justice here and throughout the Caribbean has been recognized by his being awarded the OWTU’s Labour Star and Cuba’s Amistad Medal – one of that country’s highest awards to non-nationals.