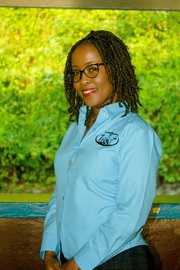 Melissa Aguillera-Greig is an executive member of the Movement for Social Justice (MSJ) and has held the position of Party Organiser since 2015 to present.

She is actively engaged in extensive work with the youths of Trinidad and Tobago Cadet Force (TTCF). As a member of the force herself she has risen through the ranks becoming a female Warrant Officer Class 2 (WO2) from 2006 to present. This position has allowed her the opportunity to positively engage in mentorship, training of youths in various activities such as life skills, military fieldcraft exercises, core values such as discipline, teamwork, leadership .

She is also a member of the Radio Emergency Associated Communications Team (REACT) from 2011 to present. Melissa also serves as  member and a Branch Secretary of the Banking Insurance & General Workers Union (BIGWU). She is also a  serving member of the Union’s Youth Committee.

Melissa is currently pursuing studies at the Cipriani College of Labour and Co-operative Studies in Security Administration Management.She has participated in Local, Regional and International Seminars and Conferences organised by or hosted by Trade Unions and Social Movement organisations.